Thank You Father Emil for 50 Years of Service!

After Father Emil began his work in Honduras, members of Trinity Guadalupe Parish in Milwaukee, where he had been assistant pastor, provided additional support.  Since then, many more have responded to his call. From service members stationed nearby at Soto Cano Air Base to a flood of volunteers from the U.S, Canada, Spain, France and Germany, he now has supporters all over the world. 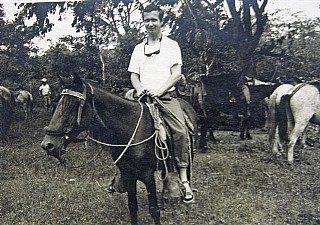 What inspired Father Emil to dedicate his life to the poor of Honduras?

Since the age of 12, William Francis Cook (aka Father Emil) wanted to serve the poor in Latin America.  In March 1970, he arrived in Olancho, Honduras, where he soon became the parish priest for the municipalities of Gualaco and San Esteban.

At that time, living conditions were primitive: no electricity, no phones and little food for the people.  The nearest high school was two days away by horse, and only the rich could afford to attend school. With no access to education, the poor were condemned to poverty and there was no way to break the cycle. 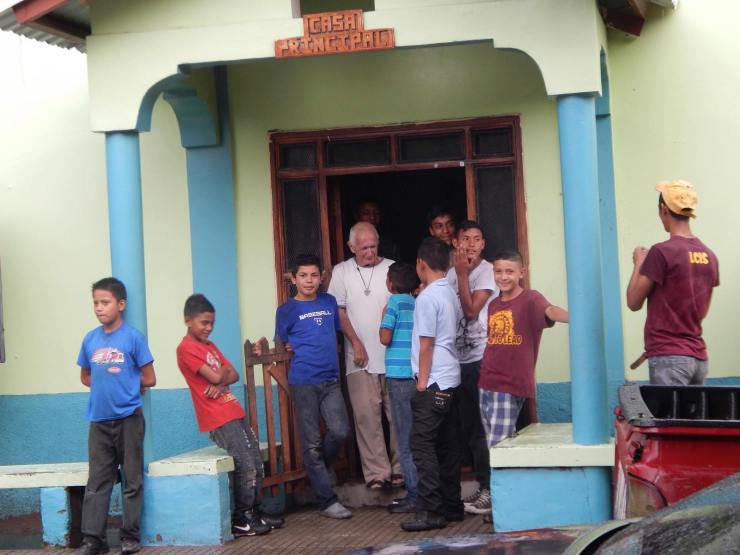 Fr. Emil has been serving Christ’s poor by providing a God-centered education to children in Honduras for over 40 years.  Within 16 years of his arrival in Honduras, university graduates who benefited from his work were inspired to provide the poor the same opportunities they received only years before.  These individuals organized to form APUFRAM.

Father Emil and APUFRAM have educated more then 30,000 students.  Many have grown, started their own families, and now provide better opportunity for their children.  Some serve as civic leaders in their communities.  All have learned to appreciate the value of hard work and a Christ-centered education. 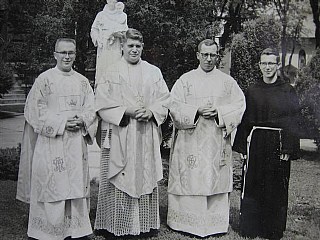